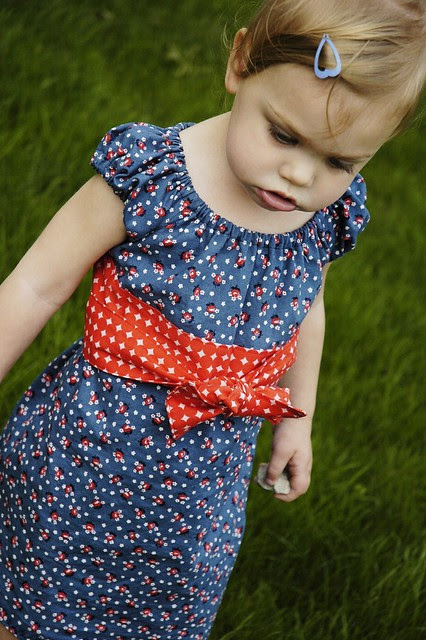 Aside from Phoebe's repurposed dress, I haven't done too much sewing for her lately.  Winter clothes are just not nearly as much fun to make as bright and flouncy summer dresses. 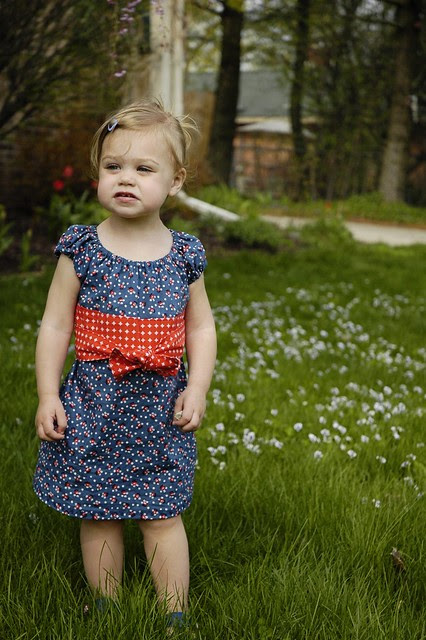 I took a break from all of the wedding crafting I've been consumed in lately to sew up this cute little number using the perfect party dress pattern by Heidi and Finn.  You might remember another version that I made here.  The main fabric is from Denyse Schmidt's Joann line, and the sash is some older Alexander Henry. 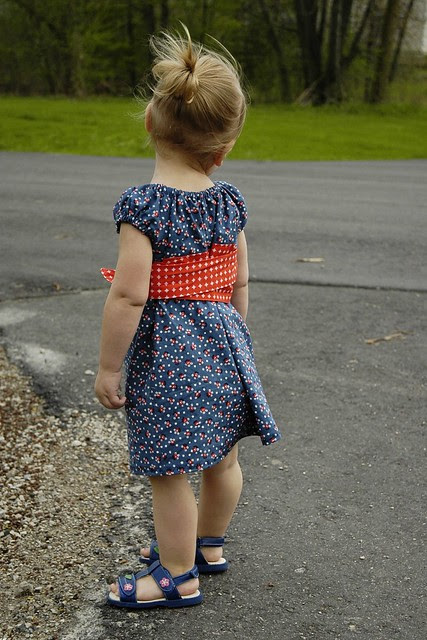 I made a size 2T, which ended up being a little large in the waist, but the sash takes care of that problem 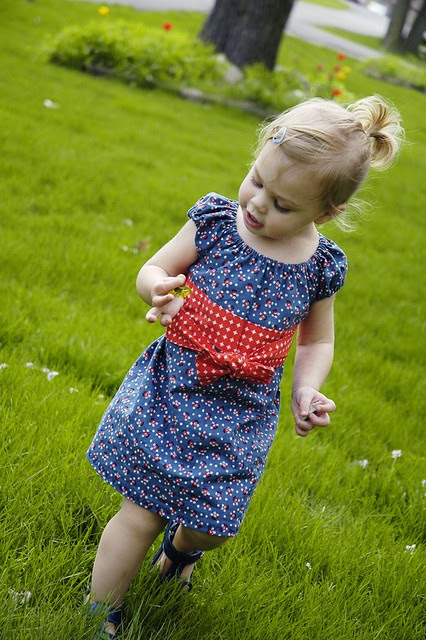 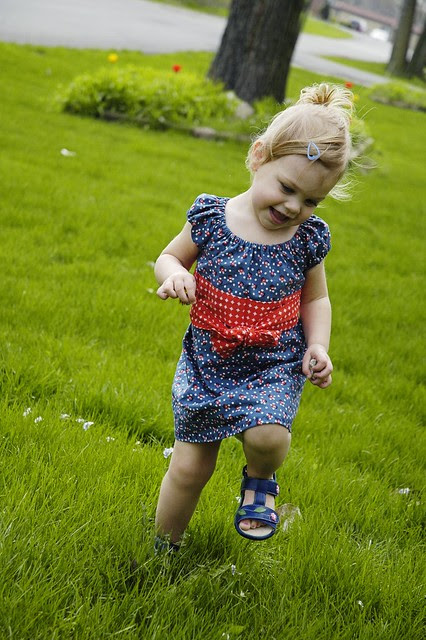 I made this dress in hopes of coaxing spring out of wherever it was hiding, and it seemed to have worked!  We spent a lovely afternoon picking every dandelion in sight and running through the grass.  Although this was after spending an hour and a half stuck at the store due to locking my keys in the car for the millionth time - doh! 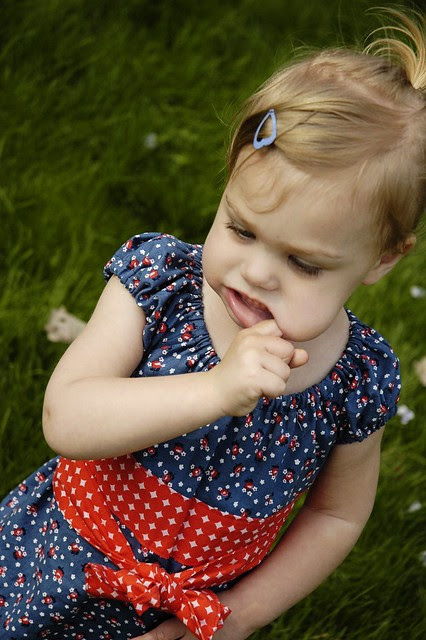 A little fun and sunshine was much needed around here.  That second set of molars isn't fun for anybody!
Posted by Unknown at 4:23 PM