Every Friday I will be posting some sort of crafty project that I have completed in the past.  It could be anything from baking, to sewing, needlecrafts, art, decorating, etc.
I know it's not Friday yet - but hey, with my busy toddler, I have to post when I have the time! 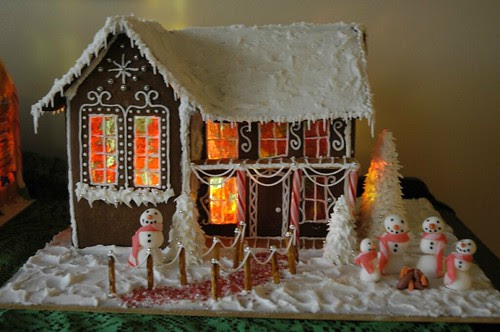 So this is the very first gingerbread house that I ever made - 3 years ago back in 2007.  Ever since we were little, my sister and I would make something similar to a gingerbread house; my dad built us each a wooden house base which we would cover in frosting and graham crackers and then decorate with candy.  It was always the kick-off to the holiday season for us, spending hours and hours working on these houses while we listened to Christmas music.  When we were finished, we would set them on the dining room buffet and they would give off a wonderful sugary smell for the whole season. 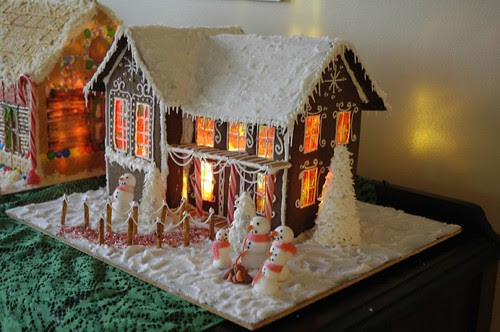 Once I started cake decorating, I felt that I should take it up a notch and actually bake and construct my own house out of actual gingerbread.  The house went up relatively quickly (with the help of a free pattern I found online) and was much easier to put together than I thought it would be - I don't think there was even any swearing involved! 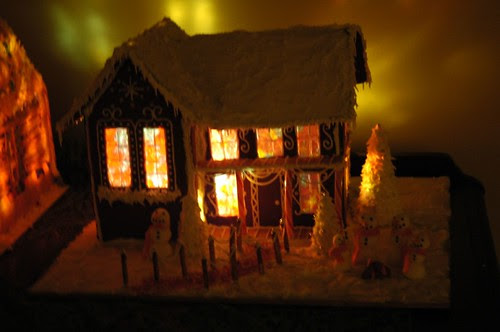 I actually had so much fun making this that I ended up building two of them the next year - one for my parents house and one for mine.  The unfortunate part is that one of my cats has quite a sweet tooth and ended up licking off all of the "snow" that covered the ground and the roof.
Hopefully I'll have some pictures to show you later in the season once I make this year's gingerbread house.  I've got to make up for last year when I didn't make a darn thing - but I blame the then 4 month old baby who refused to sleep.
Posted by Unknown at 5:18 PM