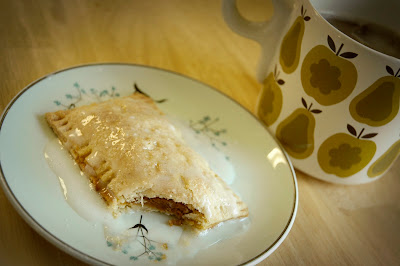 I had half a recipe of pie dough left after making the first (and only) apple pie of the season.  I absolutely love love love baking, but our main problem is that when I bake, there tends to be baked goods sitting around the house - and I have absolutely no willpower when it comes to baked goods.  But since I couldn't let good, homemade pie dough go to waste (I'll save my rant about the horrors of store-bought pie crust for a later post), I decided that I might as well put it to good use. 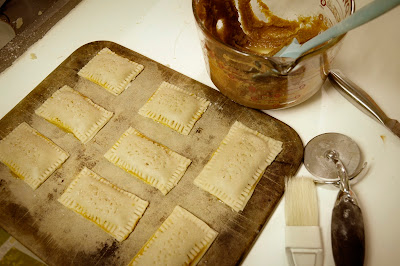 I read about making pumpkin pop tarts from a blog post somewhere, but could not find it for the life of me when I went back through my google reader.  So after a quick google search, I weeded out all of the posts regarding Kellogg's crappy, seasonal pop tarts and found one from Joy the Baker that looked pretty delicious.
I used my own crust and glaze recipe, but followed her filling recipe pretty closely and just changed up some of the spices a bit. 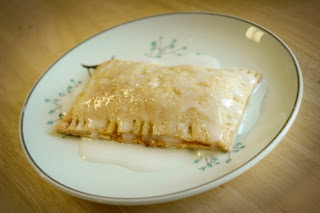 Even though my husband claims that they were more the size of pumpkin ravioli rather than pumpkin pop tarts, they turned out pretty darn awesome.  They didn't stick around for very long either.
Posted by Unknown at 6:33 AM

Email ThisBlogThis!Share to TwitterShare to FacebookShare to Pinterest
Labels: baking